This project involved the creation of quite a large decking area at the rear of an attractive family home in Sussex.After some discussion between our clients and us, it was decided that since there would be 176 fibre optic light points in total, the most cost-effective purchase would be fibre on the spool.

This meant that the customers could cut the fibre to length as they went, reducing wastage and controlling cost.Two spools of 1.5mm fibre were required (1400 metres in all), along with one of our 75 watt light sources, the common end ferrule with which to terminate the harness and a weatherproof enclosure for the light source.

This is quite a large deck, with more fibres than in most such projects, and while installation wasn’t complicated, it did involve a fair amount of work for our customer Alan (pictured above), although he was fortunate enough to have the help of his friend Phil, who just happens to be a landscape contractor and an expert in decking construction.

The photo above shows one edge of the deck area where the fibres from every part of the deck come together to form the thick “harness” that terminates at the halogen light source positioned just around the corner.

Decking expert Phil threads the fibres through holes drilled in the deck’s support framework to distribute them to where they will emerge through the decking planks.

Click on the photo for a close-up view. Once the fibres were all in place, they were given a coating of a car primer spray paint. This was done so that there would be no sideglow effect from the fibres visible through the gaps between the decking planking. (Please be sure to test the paint with the fibre first – one customer used a black primer which made the fibres very brittle.)

An alternative would be to encase the fibres in pvc earth sheathing, but given the size of this project, a sprayed paint coating was the easier option.

Although our decking kits are normally supplied with plastic end fittings for the fibre, in this case our customers Tina and Alan opted for bare fibre ends.

This produces smaller, but very sharp and bright points of light, and has the
added advantage that the fibre optic lighting is completely invisible until
the light source is turned on – great for impressing first time visitors!

The halogen light source is inside one of our weatherproof enclosures which is mounted on the wall of the house, just around the corner from the decking.

The electrical flex can be seen entering the enclosure on the left, while the thick black hose on the right is protecting the fibre harness.

Since the light source generates heat and needs ventilation for its cooling fan, some holes are required in the enclosure, although we’d have been more inclined to put them on the bottom of the enclosure, rather than the side, so as to keep the rain out.

Photographing fibre optic lighting is problematic, but we’re assured that the effect is very good and lives up to all expectations. “We are still amazed by the end result  it is fabulous,” says Tina. In this project bare fibre ends were used, trimmed flush with the surface of the decking, but if our little end fittings had been used the result would have been larger and more diffuse spots of light.

There’s no right way or wrong way, and we always suggest that customers do a bit of experimenting before committing themselves to one method or another.

Thanks to Tina and Alan for documenting the project so comprehensively, letting us share it with others who may be thinking about a fibre optic project. 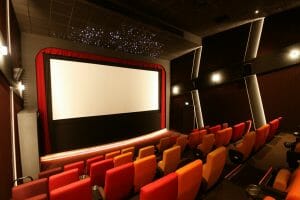 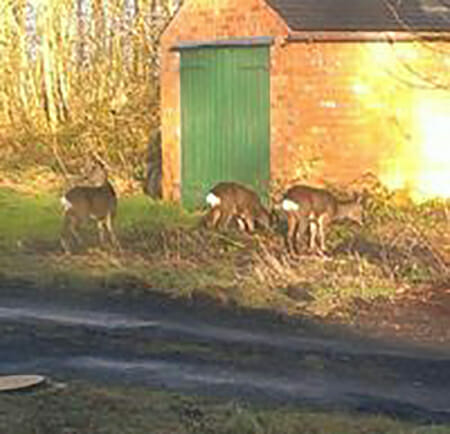